Christmas is just around the corner and what better way to prepare for the upcoming holiday season than by creating your own homemade Christmas decorations. Balloons are great for making DIY decorations and this week we are going to tell you how to make your own colourful balloon Christmas tree. 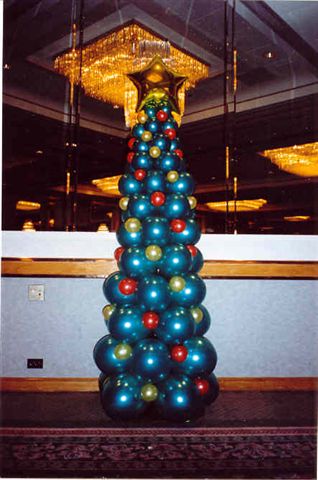 Bottom of the Tree:

Top of the Tree:

If you found any of the instructions hard to follow then don’t worry there is a YouTube video from Mister-Twister to help you out!

Halloween is getting closer so while you may be preparing for the occasion by searching for the perfect costume and decorations, we […]

Mini Hot Air Balloon decorations are a lot easier to make than you would think but they make brilliantly eye-catching decorations. […]

Looking for a way to decorate your porch, driveway or garden this Halloween then look no further as we have the perfect […]